A Case For Human Factors In Medicine: Garbage-Can Bleed Out 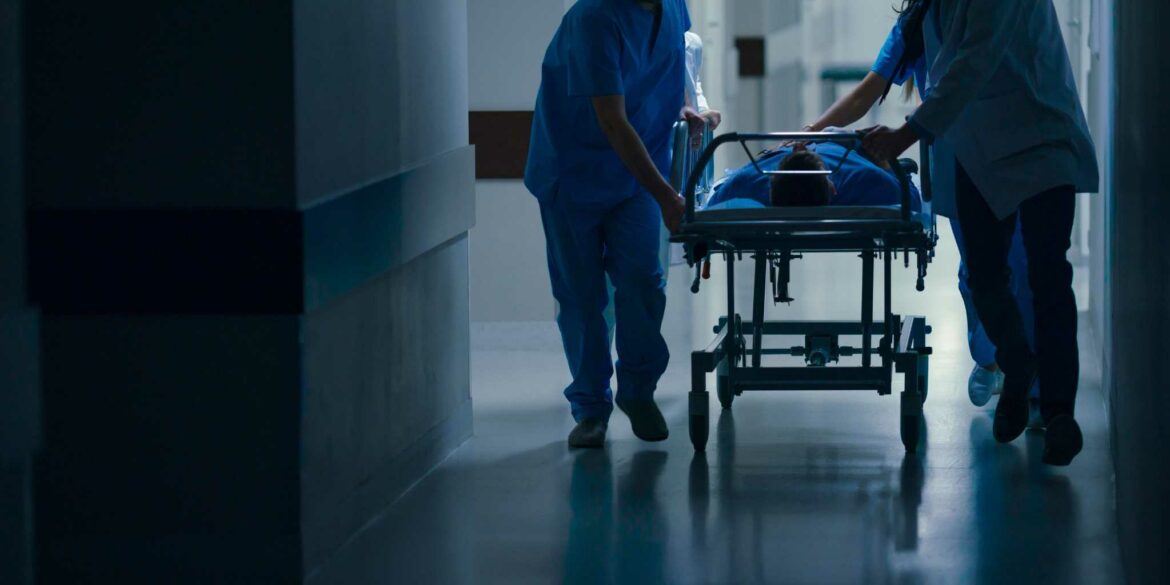 Over the past few years, we’ve written several blogs about medical errors and how human factors in medicine can help prevent them from happening. We often see stories in the news about patient safety issues that lead to harm and death, and we use our blogs to provide a root cause assessment to help organizations and the public understand how bad design impacts good people. This week, we have had another case of a tragic medical error and loss of life. It’s by far one of the more disturbing cases in recent years.

On July 11, 2018, Donnamay Brockbank, 62, underwent surgery at St. Mark’s Hospital in Millcreek, Utah. The procedure was to remove a heart device that created an allergic reaction. After her doctors, Dr. Shreekanth V. Karwande and Dr. David G. Affleck, had inserted a tube into one of her veins, they used a cardiopulmonary bypass machine to pump blood into a reservoir during the surgery. According to a lawsuit that Ms. Brockbank’s family filed last week, after the surgery Karwande and Affleck left the operating room without clamping or removing the tube.

“The doctor comes out and says to the large family there that it’s a successful surgery,” Rand Nolen, one of the family’s attorneys, told The Washington Post. At this point, Ms. Brockbank’s surgical wound had been closed and her heart was beating on its own.

While the family was being informed of this, a technician was breaking down the bypass machine and putting the reservoir into a medical waste garbage can beneath the operating table. The worker did not notice that Ms. Brockbank’s blood was draining through the open tube and was flowing into the reservoir sitting in the garbage can.

An anesthesiologist, Dr. Kyle Enslin, was in the room at the time and saw that Ms. Brockbank’s vitals were crashing. He called for Dr. Karwande to return. By this time, however, Ms. Brockbank had already lost a significant amount of blood. Attempting to save her, doctors spent 40 minutes pumping seven units of blood into her. This is almost double the amount of blood that’s in a human body. However, her heart continued to fail and no one could figure out where the blood was going. No one realized that the blood was continuing to drain out of her body through the tube and into the garbage can!

Ms. Brockbank bled to death in a horrific way. On the surface, this appears to be a case of human error, but not so fast! Human error is only a symptom of much deeper underlying issues with the design, process and procedures leading to, during and after care is delivered. The family is suing St. Mark’s Hospital and the doctors overseeing the surgery for multiple claims of negligence. Unfortunately, this doesn’t bring their loved one back.

“They thought everything was fine and then [the surgeon] comes out and tells them she’s died,” Nolen said. “What he told them was, ‘This is on me.’ At that point, he wasn’t entirely sure what happened.”

Again, not so fast. The surgeon may have committed the final error, but several other issues had to occur prior for this event happening. This is where human factors comes in. It allows us to understand how everything in a medical system works together, how potential risk is introduced, and how it can be prevented.

Was it really “on” the doctor? It’s always easiest to blame people.
It’s incredible to think that in 2019, so many professionals who are trained to perform life-saving surgeries could make such an enormous mistake. How could they all have missed the fact that their patient’s blood was draining into a garbage can? It’s very easy to feel appalled and furious with the medical staff and think that they made bad decisions. But clearly, much deeper problems were going on for this tragedy to occur.

To put it bluntly, people aren’t stupid – least of all doctors and healthcare providers who have gone through years of professional training. There is really no such thing as human error. The human made an error because something else – something much larger and higher up on the chain – went wrong. Was there something about the design that made it difficult to remember to close the clamp? Were there communication problems? Was there inadequate information flow? Were policies and procedures written to support the task effectively and remove risks? Was training used as a liability coverage mechanism vs. effectively designed to support the users? Were the staff overworked? As you can see, there are many potential risks and root causes of this incident.

In Fall and Spring of 2018, as well as in Spring 2019, St. Mark’s Hospital actually received an “A” grade for patient safety from The Leapfrog Group, a national hospital safety watchdog organization. In fact, they were the only hospital to receive an A in Salt Lake City in 2018. In 2016 and 2017 they received B’s. Part of the reason for the B’s may be because they scored below the national average for “death from treatable complications.” From October 1, 2015 through June 30, 2016 the hospital received a 139.76 score for this measure. The national average is 161.64. This number represents the number of surgical patients that died for every 1000 people who had a serious treatable complication after surgery. The site describes “death from treatable complications” as:

“Sometimes after surgery, patients can develop serious complications while they are in the hospital. They might catch pneumonia, have a heart attack, or lose function of their kidneys or liver. These problems are serious but can be treated by a good hospital team. If the hospital doesn’t manage the patient’s complications correctly, the patient could die.”

We don’t know the specifics of what caused their lower-than-average ranking pre-2018, but we do know that there were issues that probably didn’t fully get resolved in order to earn an A in 2018.

In fact, there’s some evidence that supports this assumption: After Ms. Brockbank’s death, Nolen, as well as medical professionals from outside the hospital, took an in-depth look into the hospital’s medical records from the surgery. The family’s lawsuit states that the procedures were “as poor, if not poorer than you would find in a third world country,” and “well below the standard of care for medical record keeping.” For example, there was no documentation whatsoever about where the assistant surgeon went following the surgery.

“Normally when a patient dies in a hospital, you get a discharge summary and an operative summary that will detail for you… exactly what is happening throughout the procedure,” Nolan told the press. “Normally what you anticipate, particularly if a patient has passed away, is that you will get a step-by-step recitation from the surgeon as to what was happening in that operating suite. If those exist, they have not been provided to us.”

Why is human factors so important to safety? It’s for reasons illustrated in this case.
The fact that medical records were not properly kept demonstrates that there was – at the very least – an issue with policies and procedures which could have been further impacted from workflow and workload issues. Human factors experts help create processes, policies and procedures that optimize what people do well and mitigate what they don’t. This includes the design of the hospital environment and how it must support the safe delivery of care. We are also able to determine where human errors are most likely to occur – before they happen. Let’s face it: a hospital is an incredibly complex system. There are many moving parts, and so much room for error. When patient lives hang in the balance, you simply cannot risk these errors.

In a report published last week, the medical journal The BMJ, wrote that more than 1 in 10 patients are harmed while receiving medical care. Half of those injuries are preventable. Among the medical errors that are preventable, 12 percent lead to either a patient becoming permanently disabled or dying. Sadly, this was the case for Ms. Brockbank. Don’t you think it’s time for hospitals to integrate human factors experts into their medical teams?

We want to help your hospital or clinic succeed.
Whether you’re St. Mark’s Hospital or another hospital or clinic in the U.S., we can help you deliver on patient safety. As a team that specializes in human factors in healthcare and beyond, our specialties are listening, problem-solving and integrating human centered methodologies into your workplace, the design of devices and patient/customer operations.

Human factors is safety critical: A closer look at the oil & gas industry

Two Deadly Accidents On US Destroyers, One Big Lesson In Human Factors

Yes, sometimes a bad user experience is the...