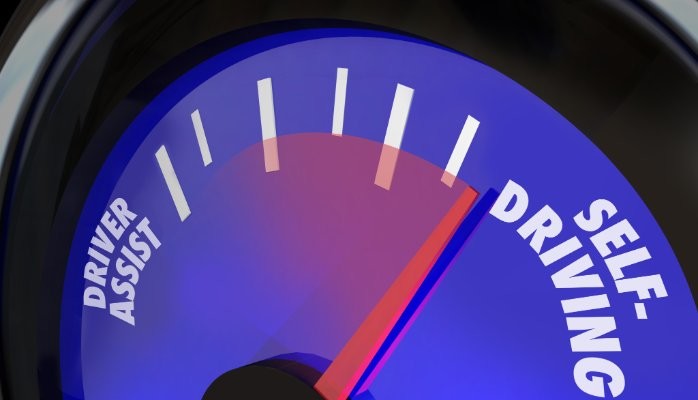 From science fiction to present day reality, the introduction of the first driver-less prototypes have been met with excitement and concern. We have been dreaming of the day when autonomous vehicles would become a reality. Our hope has played a significant role in pop culture, as reflected in movies like Back to the Future where we were introduced to flying DeLoreans.

As humans, breaking boundaries and breathing life into innovative concepts like autonomous vehicles, is part of our DNA. However, groundbreaking technology will always have hurdles to overcome before it can be safely integrated into everyday lives.

The Department of Transportation released ‘The Pathway to Driverless Cars’, a report which defines and theorizes how the government plans on facilitating the testing of autonomous vehicles. This report envisions a driver-less vehicle in which the passenger can be free and clear of any involvement in operating the vehicle. Yet, with the number of recent accidents involving driver-less prototypes, more research and development is needed before this vision can become a reality. Designers will need to focus more on the human variable in this equation, specifically how you make the technology respond in ways that match human mental models, behaviors and expected outcomes, of driving scenarios. This is a critical element to the adoption and success of this technology since we will no longer drivers in the same way. More specifically, how we think about driving and our responsibilities during the operation of a vehicle are no longer accurate in the context of an autonomous vehicle operator. We become driving passengers in this model versus active drivers with complete control. This is a major divergence in how humans have been trained to interact and understand their role in this paradigm.

The end goal is for autonomous vehicles to become a roadway safety feature, drastically reducing the number of accidents, injuries or deaths experienced on our roadways each year due to operator error. In 2014, according to the National Highway Traffic and Safety Administration, there were an estimated 10,579,000 vehicles involved in police-reported traffic crashes. The autonomous capability could eliminate the occurrence of human error, drastically reducing the number of accidents each year. Possibly making travel by automobile as safe as flying.

The current autonomous prototypes are able to drive around a track, a controlled and predictable environment, without intervention by a human. When we consider real life implementation, driving within busy streets filled with many different types of transportation vehicles and people, the prototypes do not operate well in this unpredictable and chaotic environment without human involvement. There have been several recent accidents associated with this gap in technological capability and inability to fully replace the human operator. To achieve autonomous operation at this level of complexity, the technology will need to better incorporate and model how a human interacts and makes split decisions within a dynamic driving environment.

Consumers are very reluctant to trust this technology despite the excitement and desire to see it become mainstream. Trust can be improved if design efforts are more focused on the human element. These autonomous systems have to be geared toward catering to the human within the vehicle and acknowledging the new passenger role and occupant expectations. To-date there has not been much discussion about the new mental model for the human as an autonomous passenger. Currently, passengers are not required to maintain situational awareness or engage in active hazard avoidance monitoring to reach their destination safely. The goal of the autonomous model is for passengers, including the now “passenger-driver”, to be able to sit back and relax, check emails or read a book while they are escorted to their desired destination. This works in today’s driving environment because passengers can still rely on a human in the loop, the active driver, to make effective and safe driving decisions while they relax. However, this paradigm is not immediately transferable to an autonomous driving situation and is a major reason why there have been negative outcomes associated with human errors while operating and interacting with the new autonomous prototypes.

As a society, we have to address many scenarios and questions not yet dealt with including:
What happens in case of an emergency?
Will the passenger be able to take control of the vehicle should something go wrong?
Should they intervene?
What sort of situational awareness is required by the passengers?
Will the passenger of the vehicle be liable in the event of an accident?
To what extent will they be held liable if they were not operating the machine?

To address these lingering issues, we will have to develop a new mental model of what it means to be a passenger, including the required levels of situational awareness and monitoring of the environment and system state.

Simply put, what is my job as a “passenger-driver” and expectations of interaction with the technology?

Designers can help ease this transition through integration of human centered design and user testing methodologies. The objective being greater integration of behavioral design cues and communications between the design, the vehicle technology and the human passenger. Success with this technology will be achieved when we can effectively alert the passenger in a way that signals the desired human action or inaction within the autonomous driving scenario. In addition, the deployment of this technology will have to be more universally integrated as part of a larger automated transportation system instead of individually deployed in vehicles. Last but not least, we have to train a new understanding and expectation paradigm of what it means and what it requires of the human to be a “passenger-driver”.

Business Needs & Wants Make a Difference to Your Bottom Line